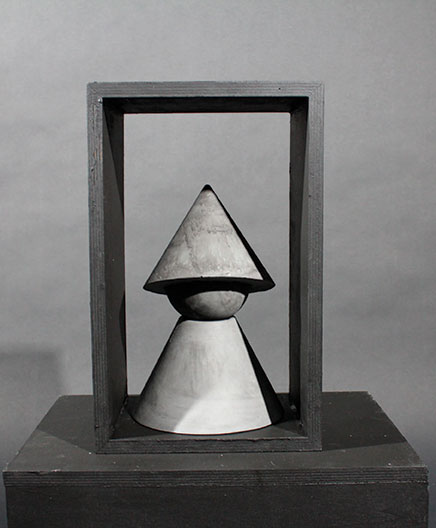 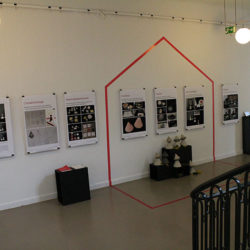 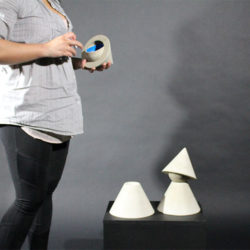 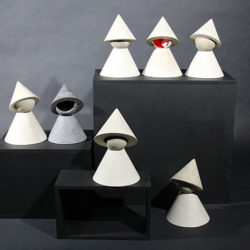 RIDDLE ME THIS RIDDLE ME THAT - The spirit of the dwarfs are seven concrete figures that are part of an escape room game. The figures act as indicators of the game and are at the same time a container for further information in the form of paper notes or small key mechanisms.

As an advocate of Donald A. Norman's design principles (Design of Everyday Things, revised version from 2016), I wanted to investigate whether the principles still apply when objects are puzzles of some sort. Puzzles, in contrast to everyday objects, do not want to be solved immediately. But they also want to be understood. I wanted to contrast the efficient design of the simple and the intuitive versus objects that require users to have prior knowledge. In order to look at the principles of Norman from a new perspective, I examined the basic theoretical ideas for looking at the object as a separate agent. In my scientific work, I primarily referred to Bruno Latour's actor-network theory and the symbolism of objects according to Roland Barthes.

As part of an escape room game, whose theme is anchored in the Grimms fairytale world, the characters are based on the seven dwarfs from Snow White. I play with the symbolism of the number 7. Furthermore, I used very archaic, rotationally symmetrical geometries for the body parts of the figures: cone, ball and truncated cone. I made this decision for two reasons: on the one hand because of the technical production (concrete casting) and on the other hand because of the cultural understanding, which the figures should (not) awaken.

The application of the traditional lost wax technique to concrete is atypical and new. A joint made of two concrete components is something special. Since the mechanics of the concrete joint are not immediately visible, the movement and the secret container are a surprise for those who examine the object for the first time with their own hands.

I applied the technology of the wax-off process from the metal foundry to concrete in order to create a concrete joint. The following finding was important to me: In traditional use with metal objects, the wax is only lost material. In my application, however, it also serves to seal the concrete on the inside of the ball joint, which I would no longer be able to access.