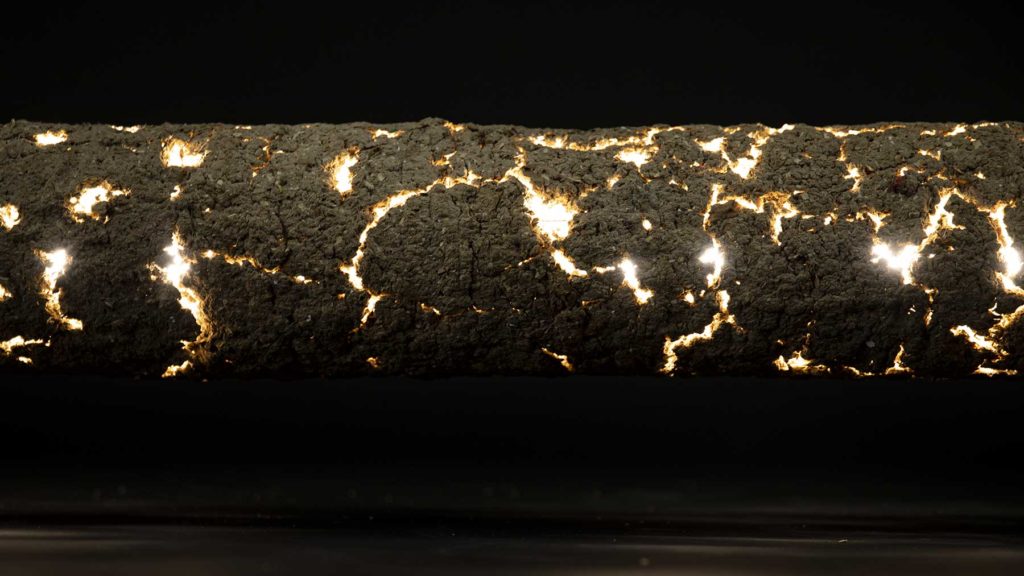 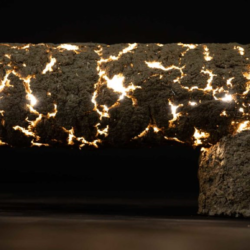 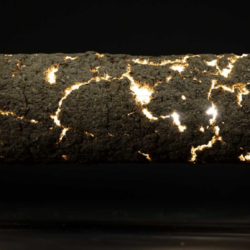 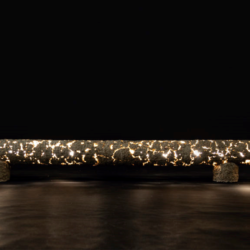 PAMPIG is a series of light objects inspired by the aesthetics of the street in Berlin Neukölln. The way the objects are arranged on the street inspired me to create a concept that I call the "Museum der Straße". With this idea I create objects from a mixture of shredded cardboard, as well as chipboard, which are often the main component of the "discarded" furniture in the streets of Neukölln.

Garbage is a concept that is constantly changing. It is a social construction that is shaped by cultural and individual factors. Garbage is strongly dependent on the properties of the objects and their location in space, but often completely independent of the functionality of the object. It does not take a long search to find concrete examples that support this statement: it is enough to walk around the streets of Berlin-Neukölln, because there are many objects that still function, but are already sorted out and lying next to a tree. Most of the time, one finds a nice sign next to it or the objects have been staged accordingly, as if the street were a museum. Beside the garbage concept there is another concept that primarily deals with products that are no longer needed: recycling. The idea that recycling conveys is to make us believe that everything is fine if we dispose of the products quickly, because thanks to recycling, many things can be easily reused. But that is an illusion. Every time we separate plastic, tons of these materials are still not recycled, but sent to countries like China, only to be stored there. Electrical appliances that are no longer fully functional are often sent to African countries for further use. Recycling as such is also an industry that needs raw materials. These are then available extremely cheaply or, in some cases, even free of charge. When I arrived in Germany, I noticed that the dynamics of how waste is handled is different from that in Colombia. There are more objects that are treated like garbage here, although there is a well structured garbage disposal system in Germany with waste separation, recycling yards, reuse of the material and waste incineration. It is possible to find objects on the street that still work and are not broken. This is because the waste concept in Germany is quite broad. Waste can be everything. The interesting thing about objects on the street is that they have different values. There are objects that are still in good condition, that are obviously valuable, which means that they can find a new user very quickly. There is a dynamic as many people leave the objects they no longer need on the street to give them away. Due to the way they are staged, the objects have a special aesthetic effect and you can clearly see that they are not rubbish. It becomes clear: what is rubbish, becomes rubbish or remains rubbish is ambivalent, strongly context-dependent and variable. I believe that the objects on the street gain an artistic soul and the lack of contextual reference of the objects reminds one of a kind of "Readymate". For me, the street is a museum because there is a clearly visible architecture. Every tree is a platform, a place that is used to exhibit the objects. For people, this place is a fenced-off area where the objects are exhibited so that other people walking past can look at them and decide whether they like the objects and want to take them with them. This is the place where these objects, which have lost their actual functional value, can get a new value. For me it is a place where everything is possible, a space that has inspired my project.

Through this process of observation I came to the idea that these materials have very interesting properties and that they also make up a large part of "the museum of the street". They form a large group of different raw materials with different surfaces, textures, colours, etc. I have decided to continue working with two of these "materials without function". These are chipboard and cardboard, because I think they reflect very well the dynamics of people's consumer behaviour and that of a typical product cycle. The industry makes a lot of furniture from chipboard because the material is very cheap and you can combine different surfaces with melamine, for example. The finished products may end up looking like marble, good wood or metal, but the chipboard core is still there. The material thus hides its natural abilities and its actual appearance, because it is not so popular and looks cheap. But the material "lies" all the time: the user might think that the object will last longer or that it is a good material, but in the end the user is often disappointed when he realises that this is not the case. Then this piece of chipboard furniture ends up on the street. From that moment on, the object acquires other abilities, the lacquer flakes off, it gains in honesty. The second material is cardboard. In Germany a very large proportion of goods is ordered online, which means that thousands of cardboard boxes end up on the street. These are produced in large quantities, used briefly and thrown away quickly and therefore have a very short life span. My idea now was to emphasize their own characteristics and abilities. I wanted to use different manufacturing processes than those normally used in the industry, so that the objects end up having different abilities than before. The idea was to crush everything to get a homogeneous mass. In the beginning I wanted to test the hardness of the material: so I mixed water, cardboard and chipboard and waited until the whole thing was dry again.

The special thing about the project is the concept. I try to use the material used in my work to show how quickly the concept of the object as an object of use or waste can change. Depending on where it is located and in which context, the function of the object changes.

The concept of the street as a museum full of valuable objects that have changed and in some way lost their value, even if they still work.