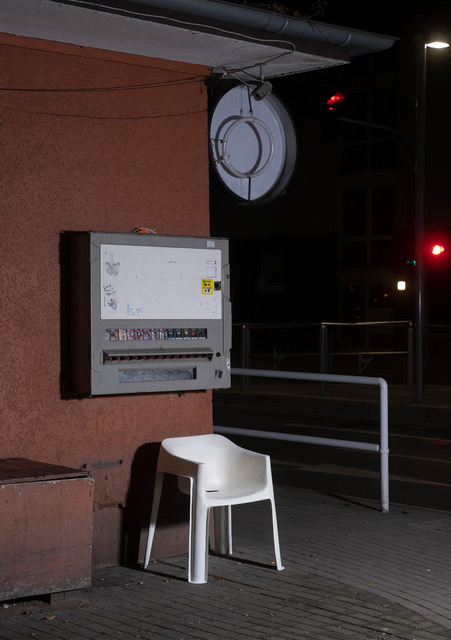 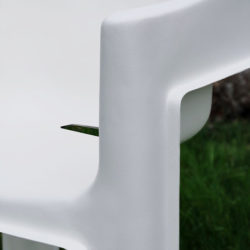 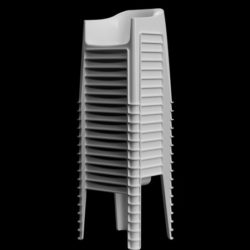 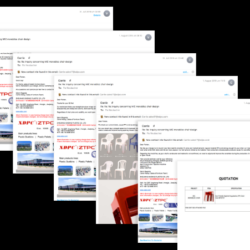 Made in China, the title of my thesis, deals with the process of designing a chair and contacting Chinese production facilities with the aim of placing it in a product portfolio. For this purpose MIC was designed. A monobloc chair that serves as an instrument to look behind the scenes of mass production of consumer goods.

In everyday life, products seem simple: they are bought, serve a purpose and when they are no longer useful, they are thrown away. The truth is that most people are surrounded by products without having the slightest idea where and how they are made. The average consumer does not buy designer products, but chooses his products in furniture discounter. The products in discounters are not so much convincing in terms of their design, but primarily in terms of their price. The topic is treated on the basis of a typical mass product, if not the archetype of mass production: the monobloc. An object on which questions and contradictions of the consumer society manifest themselves and the epitome of affordable furniture should be the tool to find out how products for furniture discounters are designed and what requirements they have to meet.

In the first instance, the production requirements for a monobloc were taken into the design. Due to its manufacturing process, the chair must be mould removable, but also stable, durable and stackable in order to compete on the market. In particular, the subsequent shipping of the goods in containers also has a profound influence on the design. Stacking height, size and volume of the chair are crucial here. In addition to these requirements, the sides and backrest are designed to show part of the seat. The closed form of the seat shell, arm and backrest was a design decision to give the chair a formal independence.

What is special in this work is not the product itself, but the approach. I consciously chose this approach, which a designer does not necessarily imagine: To propose the designed chair not to a renowned furniture brand but to a Chinese production company, so that the designed monobloc is included in their product portfolio. I wanted to answer the following questions: Under which laws and dependencies are furniture designed by discounters? Where does this furniture come from? How is it possible that furniture is offered there at such low prices? Who is responsible for the design or purchase of products in discount stores? The result of this work is a concrete product, but it is only the tip of the iceberg. This work was only secondarily about the product itself and primarily about the exploration of a special context far away from the world of design. A context in which it is not about the design of products and nobody questions the production of consumer goods. But these are also deliberately not communicated.

The chair as such is not new, but this was not the aim of the work from the beginning. What is new is the idea of designing a product and sending this design to other companies during the semester and exposing it to open criticism, whether positive or negative. The goal was not a concept, but a product which could be realized by a production company. Therefore I had to take a different point of view, which is rather less important in my studies. I had to realize that design decisions not only formally change the product itself, but also its unit price, which is especially important for a possible serial production. For example, the closed form of the seat shell, back and armrest, had several consequences in retrospect. The amount of plastic material increased, the standing time in the mould increased, the number of pieces in production within an hour became less, the chair became heavier and in the last step the price per unit of the chair consequently increased. The aesthetic, as well as stylistic quality and longevity, take a back seat as differential criteria. This priority is particularly evident in the following response from a Chinese production facility to my design proposal: "Normally Consumers choose plastic furniture because they are cheap and colorful, we're worring about the sales of products".