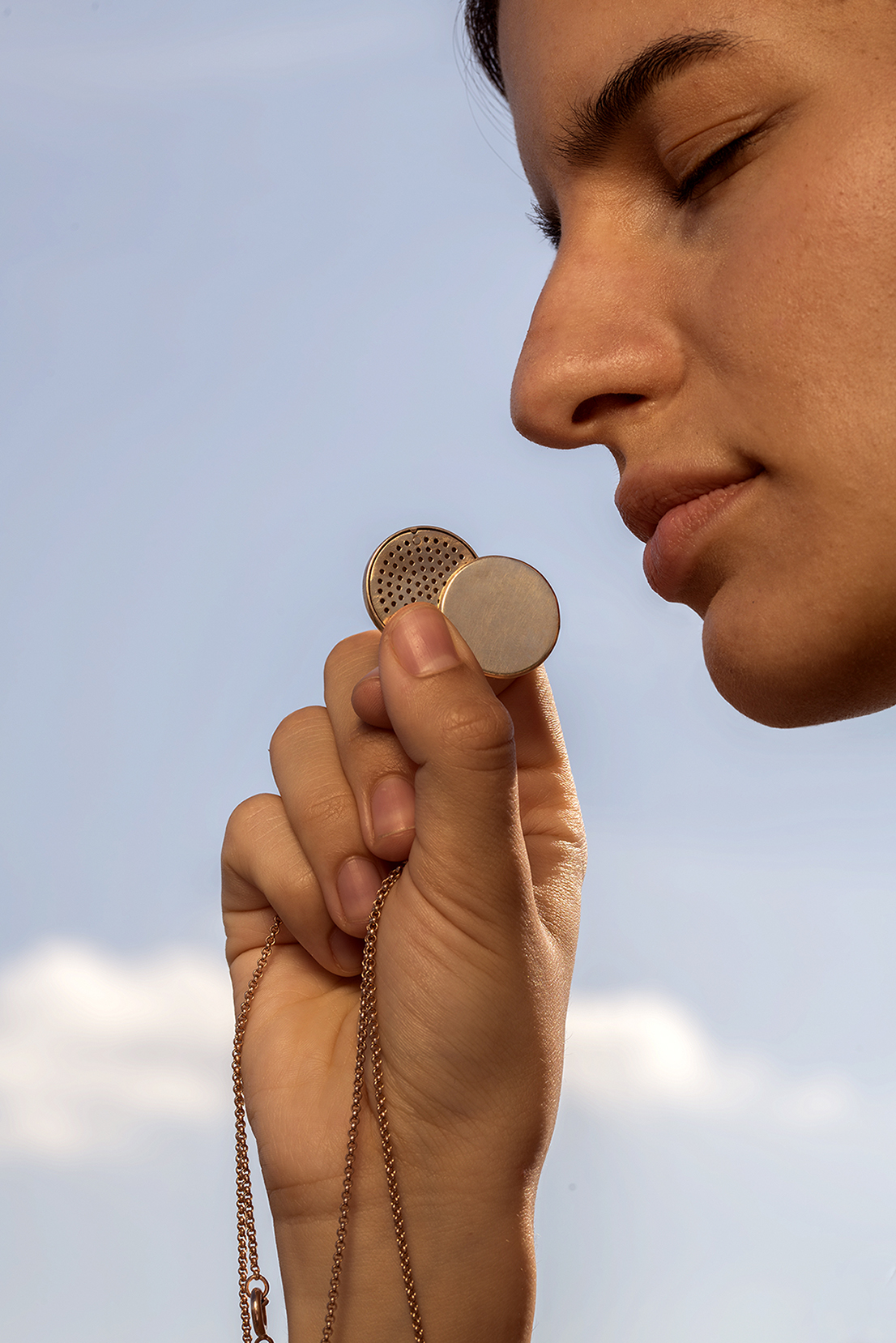 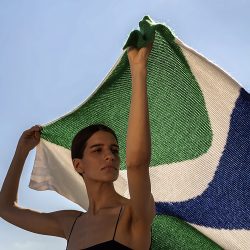 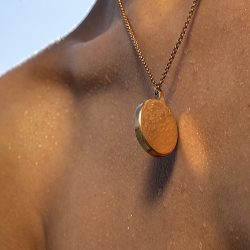 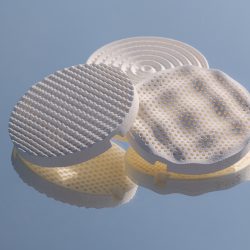 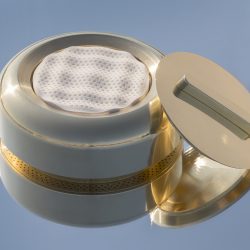 3 products that address the theme of odor-memory: Product 1: an olfactory medallion Product 2: a knitted blanket made of mohair and viscose, which translates the digital world of cartography analogously and stores odors Product 3: a diffuser that atomises scent molecules into the room only through heat and air

DeScent is the story of a sensual search for home in homelessness. Smells are quick shots into the limbic brain that controls our emotional system. This is how they determine the human power of association. Three olfactory products embody the connection to the spatial dimension of the home. They propose a contemporary as well as progressive vision of well-being and belonging and show how inner and outer home are inevitably linked. Each fragrance is connected to a personal olfactory memory, whereby when inhaled, for a fleeting moment, an immersion into its own inner world takes place.

Medallion: The storage medium of the fragrance is a porous ultra-fine, absorbent ceramic tile. It is placed in a grid through which the scent can flow when opening. It is a daily companion. Blanket: The pattern is revealed by the coordinates and scale of a digital map. The blanket collects the scents of its environment through its materiality and is a flexible companion. Diffuser: In the brass box sits a printed ceramic insert that serves as a fragrance medium. Each of the three surface structures of the ceramic stands for a scent note: head, heart, base. It transforms a foreign

With the topic of the master project, "Labour and Home", I ventured to the long taboo questions that are more topical today than ever before. Recartography of the world, taking into account the life forms endangered by progress, is also about dignity and emotional identities. Home is a value that is based on lived time, on sympathy and adaptation and, not least, on attachments to non-human nature. Thus, the newly created value stands transversely to the ubiquity of the Internet. So far, product design has barely opened up to this identity value creation. My master's thesis is a pilot project in this regard. I approached the controversial topic with soberly distance. In this way, I familiarized myself with the science of odor and critical literature on the concept of home, evaluated studies and statistics on the position of work and its forms, and also developed a survey tailored to my

Traditionally, filter ceramics are used in the automotive, oil refinery and other large-scale industries. To use this as a fragrance medium, instead of soot-loaded scented candles or water-filled diffusers, is new. At the same time, the application method is more ecological and healthy for the user. All products are repairable and no electronic waste will be left behind. The olfactive objects are sustainable, as they accompany their users throughout their lives and have been produced in a resource-saving manner in all aspects. In addition, the holistic approach is important to create a collection of objects that complement each other.