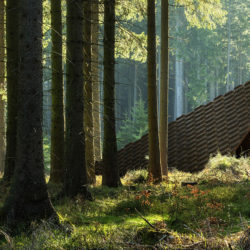 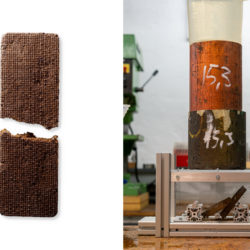 As one of the oldest materials, clay is well rooted in many cultures and various techniques developed for processing it. These traditional methods, such as rammed earth, became established early on, and even in contemporary designs almost only these proven techniques can be found. Material aesthetics of clay are primarily shaped by the cultural connotation that has developed over a long period of time, which is supplemented by the context of the current ecological discourse. If material properties such as strength are now being specifically optimized and a new perspective is being applied to its processing, the material has the potential to evolve not only in larger architectural scales, but also in the context of smaller objects. In addition to a technical series of tests to determine the design possibilities, a second series shows the influence of surface and structure on the aesthetics of the material.