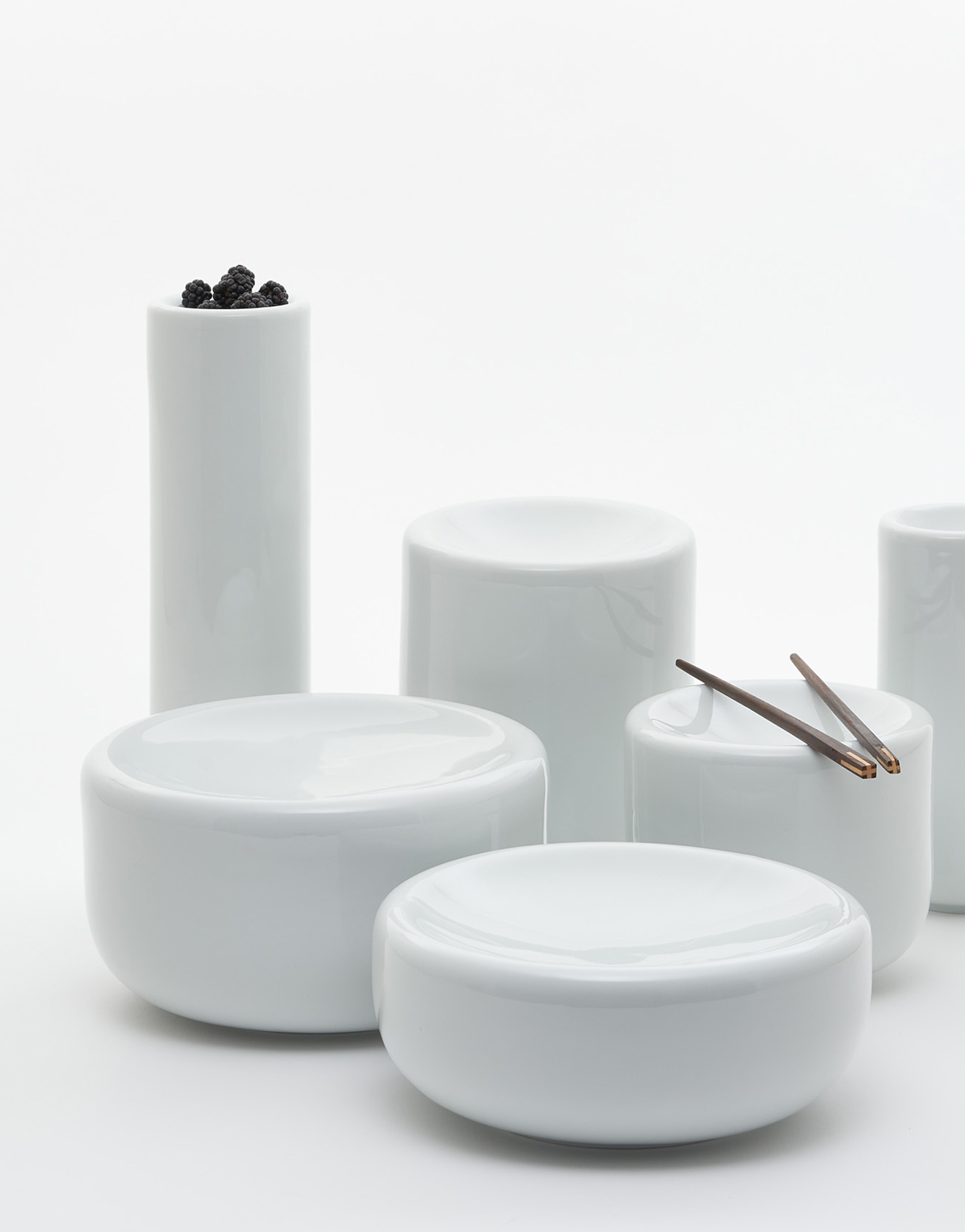 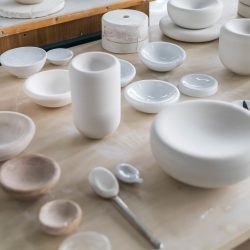 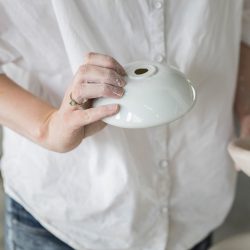 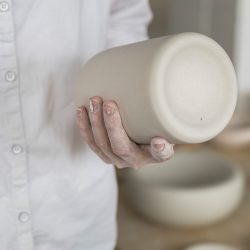 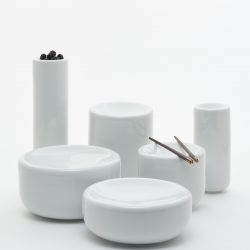 WENIGER ISST MEHR is a conceptually oriented tableware set, which misleads the consumer with its unconventional dimensions, shapes and sizes. It questions our current handling of food and so allows a new perspective on it.

TASTING TOMORROW The increasing demand for quantities of cheap food determines our current food production and consumer behavior. At the same time the quality and valuation of them is decreasing. This hasn’t only an affect on us in a physical and sanitary way, it also affects our ecosystem, the environment and much more. The purpose of my work was to question the perception of food while satisfying the instinctual need for mass and volume.

The inspiration for the pictured forms was found in the transformation of a spoon. It changed its shape during the design process so it appeared optically "pompous“ and offered very little space for the actual food. Thanks to the self-generated volume, he filled the mouth completely while eating and played, despite low food consumption, with the longed-for feeling of fullness. Building on this, WENIGER ISST MEHR was born - a set that, thanks to variations in volume and height, invites to new ways of viewing and presenting food. So you may return to the essence - quality and appreciation.

The difference between the voluminous appearing objects isn’t only their size, it’s also their various depth. If you fill them up until the floor is covered, the illusion is perfect. All of a sudden, it’s no longer a matter of big, pure porcelain bodies, but rather entire filled bowls. Nothing indicates their actually small capacity. The following expectation of massive food won’t be satisfied. That’s exactly the characteristic and the opportunity this set reveals. The opportunity, to bring consumers closer to the appreciation and conscious handling of food, to raise questions. Apart from the deceptive aspect, this set also creates a completely new kind of serving food. Instead of creating an expansive surface on a two-dimensional level, like it’s often seen in Haute Cuisine, it plays with the three-dimensionality in space. Serving at eye level.

We know about the exploitation of farmland, animal cruelty in industrial livestock farming, fatty liver and all other consequential damages, but why is there so little change? No one likes the threatening, raised index finger. Learning works only in your head, only this way it’s sustainable, leads to rethinking and at last to changes. But how can I, as a designer, help to influence or initiate this self-directed rethinking with my products? WENIGER ISST MEHR is an object set, which invites us to question the volume and mass of our food. Small portions can be absolutely enough.