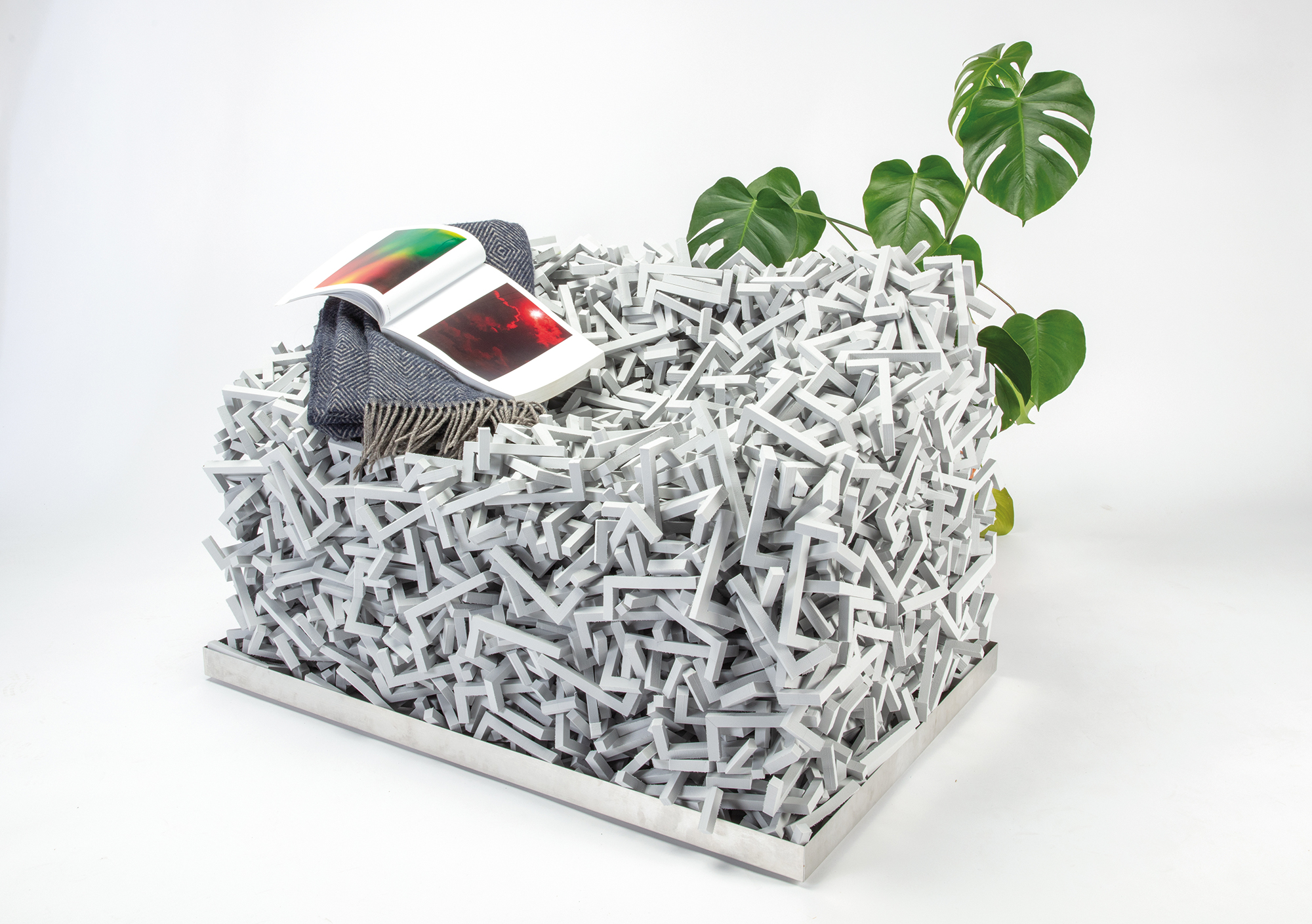 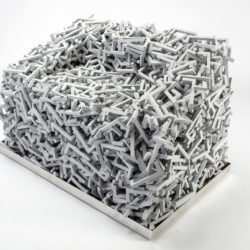 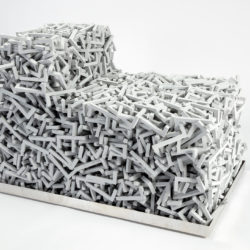 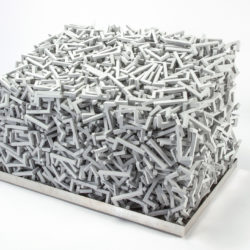 The Second Law of Thermodynamics and its central quantity, entropy, formulate a fundamental law for our universe. It always moves from states of lower probability to those of higher probability until the most probable state is reached. This is the case when an equilibrium is reached. On the way to equilibrium distribution, dissolution and dispersion of „ordered“ structures must occur, while eroded structures elsewhere establish new accretion cycles, structure formation and self-organization processes. Such phenomena can be observed in granular matter, as a visual counterpart to the atomic structure of our world. Entropoform, through a series of seated objects, creatively explores dissolution, reordering, self-organization, and dissipative processes. It describes the potential of form to surrender again and again into new equilibria. A permanent becoming and never really being.